These days Evelyn Sharma is on cloud nine as she has found her love. The ‘Saaho’ actress, Evelyn Sharma, recently surprised her fans and followers by making a pleasant announcement on her Instagram account that she got engaged to her boyfriend Tushaan Bhindi in Australia. And now some unseen and lovely pictures from her dreamy engagement seem to be straight out of a romantic film, have surfaced on the internet.

‘Saaho’ actress Evelyn Sharma took to her Instagram handle to share a picture with her fiancé. In this picture both are seen sharing a passionate kiss on a boat. Sharing this picture Evelyn wrote, “Yessss!!! 🥰💍🥳😍🤩”.

They both are looking a perfect couple as Evelyn donned a cream-coloured floral print dress, while Tushaan was in a navy-blue shirt, paired with a grey blazer. 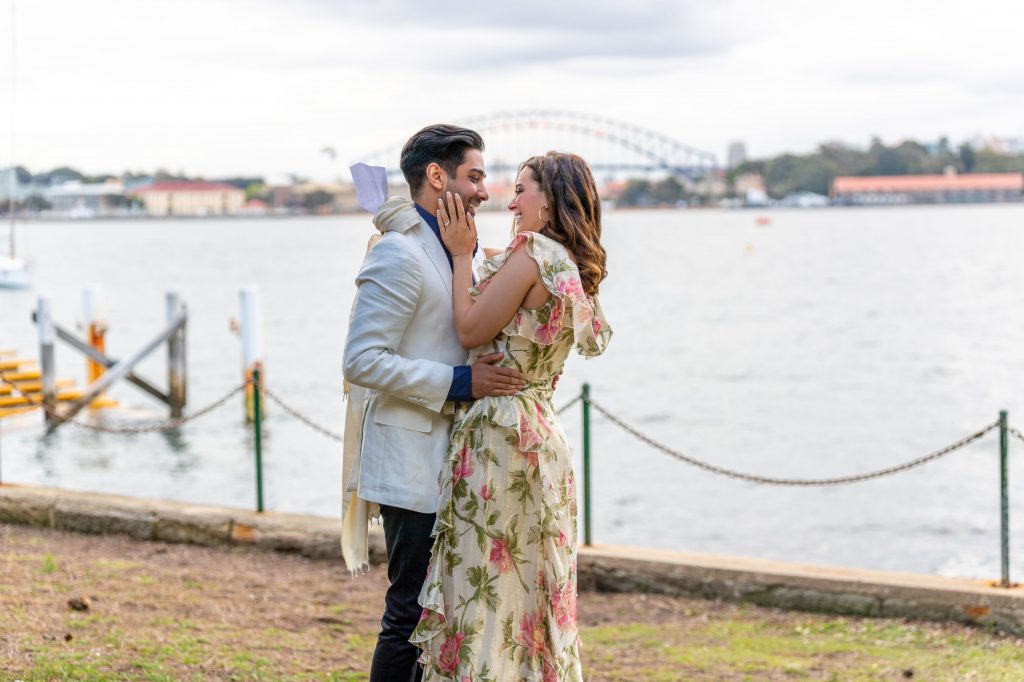 Tushaan made sure to make his proposal an unforgettable one. And even everyone will agree after watching the unseen pictures of the couple’s romantic engagement ceremony. In one of these pictures, Tushaan went down on his knees to propose Evelyn, while she appeared to be overwhelmed by her gesture.  In another picture, this couple is seen enjoying a romantic dance to some live music. These pictures really look like stills from some romantic flick.

Tushaan is a dental surgeon and entrepreneur by profession and settled in Australia. As reported by Times of India Tushaan proposed to Evelyn on the famous Harbour Bridge in Sydney. While talking about her engagement, Evelyn told Bombay Times, “It was a dream come true! Tushaan knows me so well… his proposal was perfect!”

Talking about their love story, Evelyn said, “We met on a blind date last year, which was set up by our good friend. Tushaan is a romantic guy and he’s even more filmy than I am.”

When asked about their wedding date, Evelyn said that they will make a separate announcement once the date is set. “For now, we would like to enjoy our time together. I would love to shift base to Australia. Sydney is one of my favourite cities in the world, but we will always have one base in India, too. It is our home after all,” said the excited actress.